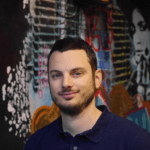 Since version 3.5, Python supports type hints: code annotations that, through additional tooling, can check if you’re using your code correctly.

With the release of version 3.5, Python has introduced type hints: code annotations that, through additional tooling, can check if you’re using your code correctly.

Long-time Python users might cringe at the thought of new code needing type hinting to work properly, but we need not worry: Guido himself wrote in PEP 484, “no type checking happens at runtime.”

The feature has been proposed mainly to open up Python code for easier static analysis and refactoring.

For data science–and for the data scientist– type hinting is invaluable for a couple of reasons:

Of course, as is always the case with documentation and testing, it’s an investment: it costs you more time at the beginning, but saves you (and your co-worker) a lot in the long run.

Note: Type hinting has also been ported to Python 2.7 (a.k.a Legacy Python). The functionality, however, requires comments to work. Furthermore, no one should be using Legacy Python in 2019: it’s less beautiful and only has a couple more months of updates before it stops receiving support of any kind.

Getting started with types

The hello world of type hinting is

We have added two type hint elements here. The first one is : str after name and the second one is -> str towards the end of the signature.

The syntax works as you would expect: we’re marking name to be of type str and we’re specifying that the hello_world function should output a str. If we use our function, it does what it says:

Since Python remains a dynamically unchecked language, we can still shoot ourselves in the foot:

What’s happening? Well, as I wrote in the introduction, no type checking happens at runtime.

So as long as the code doesn’t raise an exception, things will continue to work fine.

What should you do with these type definitions then? Well, you need a type checker, or an IDE that reads and checks the types in your code (PyCharm, for example).

Since we want to focus on how to use typing from a Python perspective, we’ll use Mypy in this tutorial. We can install it using pip (or your package manager of choice):

Right now our life is easy: there isn’t much that can go wrong in our hello_world function. We’ll see later how this might not be the case anymore.

In principle, all Python classes are valid types, meaning you can use str, int, float, etc. Using dictionary, tuples, and similar is also possible, but you need to import them from the typing module.

While the code is simple, it introduces a couple of extra elements:

Uh-oh, what’s happening? Basically Mypy is complaining about this line:

While we know that the return type should be DefaultDict[int, List[int]], Mypy cannot infer that tree is indeed of that type. We need to help it out by specifying tree’s type. Doing so can be done similarly to how we do it in the signature:

If we now re-run Mypy again, all is well:

Sometimes our code reuses the same composite types over and over again. In the above example, Tuple[int, int] might be such a case. To make our intent clearer (and shorten our code), we can use type aliases. Type aliases are very easy to use: we just assign a type to a variable, and use that variable as the new type:

Experienced programmers of statically typed languages might have noticed that defining a Relation as a tuple of integers is a bit restricting. Can’t create_tree work with a float, or a string, or the ad-hoc class that we just created?

In principle, there’s nothing that prevents us from using it like that:

However if we ask Mypy’s opinion of the code, we’ll get an error:

There is a way in Python to fix this. It’s called TypeVar, and it works by creating a generic type that doesn’t require assumptions: it just fixes it throughout our module. Usage is pretty simple:

Now, Mypy will no longer complain, and programmers will be happy as the type hints for create_tree correctly reflect that create_tree works for more than just integers.

Note that it’s important that the ‘T’ inside TypeVar is equal to the variable name T.

Generic classes: Should I have used a TypeVar?

What I said about create_tree at the beginning of this section is not 100% accurate. Since T will be used as a key to a dictionary, it needs to be hashable.

This is important as the key lookup in Python works by computing the hash of the key. If the key is not hashable, the lookup will break.

Such properties are encountered enough that Python offers a few types which can indicate that an object should have certain properties (e.g. it should be hashable if we want it to be a key to a dictionary).

These are important, because sometimes we expect to use those methods on our object, but don’t care which particular class they belong to as long as they have the methods needed. For example, if we’d like to create our own version of chain to chain sequences together, we could do the following:

The return_values function is a bit contrived but it illustrates the point: the function chain doesn’t care about who we are as long as we’re iterable!

Any, Union, and Optional

Python provides another couple of features that are handy when writing code with type hints:

Python supports passing functions as arguments to other functions, but how should we annotate them?

The solution is to use Callable[[arg1, arg2], return_type]. If there are many arguments, we can cut them short by using an ellipsis Callable[..., return_type].

As an example, let’s assume we want to write our own map/reduce function (different from Hadoop’s MapReduce!). We could do it with type annotations like this:

Just by looking at the signature of map_reduce we can understand how data flows through the function: the mapper gets a T and outputs an S, the filterer, if not None, filters the Ss, and the reducers combines the Ss in the ultimate S.

Combined with proper naming, type hints can clarify what the function does without looking at the implementation.

Annotating our code is nice, but what about all the other modules we might be using? Data scientists import often from, say, NumPy or pandas. Can we annotate functions accepting NumPy arrays as input?

Well, there’s only one way to find out:

We can now type check it:

It’s failing on line 1 already! What’s happening here is that numpy does not have type annotations, so it’s impossible for Mypy to know how to do the checking (note from the error message that the whole standard library has type annotations through the typeshed project.)

There are a couple of ways to fix this:

I am personally a big fan of the third option, because once a module adds type supports, we can remove it from a single file and be done with it. On the other hand, if we use mypy.ini in the folder where the project is, we can put that into version control and have every coworker share the same configuration.

We learned how to create functions and modules with type hints, and the various possibilities of complex types, generics, and TypeVar. Furthermore, we looked at how a type checker such as Mypy can help us catch early mistakes in our code.

Type hints are — and probably will remain — an optional feature in Python. We don’t have to cover our whole code with type hinting to start, and this is one of the main selling points of using types in Python.

Instead, we can start by annotating functions and variables here and there, and gradually start enjoying code that has all the advantages of type hinting.

As you use type hinting more and more, you will experience how they can help create code that’s easier for others to interpret, catch bugs early on, and maintain a cleaner API.

If you want to know more about type hints, the Mypy documentation has an excellent type system reference.