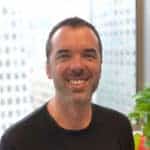 The Kite team is pleased to share three big announcements:

Before we dive into the details, here’s what hasn’t changed: our core belief that programmers spend too much time on repetitive work like copying and pasting from StackOverflow, fixing simple errors, and writing boilerplate code. That’s why Kite uses AI to make writing code less repetitive and more fun. (Try it for yourself: download Kite for Python for free. Kite integrates with many editors: VS Code, Atom, PyCharm, IntelliJ, Sublime Text, and Vim.)

This journey is long. Kite gets smarter one step at a time, and today we’re announcing the next step, which we call Line-of-Code Completions.

Line-of-Code Completions: The next step in AI that helps you write code. Traditional completions help you type a single “word” of code at a time. Today, we’re releasing AI models that in some contexts can predict the next several code elements you’re likely to type. At times this can mean even full lines of code.

Like autocomplete in Google Search, this feature saves a ton of tinkering and helps you stay in flow. You’ll find yourself Googling or racking your brain less often.

What kinds of completions are available? Variable names, attributes (what comes after a “.”), function calls where the arguments are variable names, and combinations thereof. 1These completions work for the top 100 Python packages — more coverage coming soon! You won’t see other types of completions yet, for example when a literal is used as a parameter, as in plt.plot(x, y, 'r'). We’ll expand the lexicon of Line-of-Code Completions over the coming months — most of the groundwork is already in place.

Our new statistical models understand variable names, types, and structural context. And we will continue to improve them. 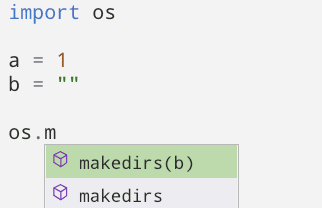 Looking at the progression in intelligence over time, we see it as a Staircase of Intelligence.

While this illustration only shows the bottom three steps, we think the staircase has hundreds more.

And we think it’s an important climb — there isn’t enough high-quality, intelligent software to go around, despite huge increases in the number of engineers. Making engineers more productive by giving them smarter tools will help accelerate worldwide progress.

Climbing the Staircase of Intelligence also creates positive byproducts. For example, programming is more fun when you don’t have to spend mental energy on the tedium of coding. Programming shifts away from boilerplate and towards problem solving.

We invite you to join us on this journey! You can download Kite for Python for free. Kite integrates with Atom, VS Code, Sublime Text, PyCharm, IntelliJ, and Vim.

If you’re already a Kite user, you now have Line-of-Code Completions through auto-update.

Kite Local. More big news: Kite now runs locally on your own computer. You no longer need to sync your code to the cloud.

After a couple years of seeing how users interact with Kite, we’ve learned that we were wrong. Here’s why:

If you’re already a user, Kite has been auto-updated and is now working locally without sending code to the cloud. If you previously uploaded code to our servers, you can remove your data via our web portal.

We’re grateful to our users for helping us reach this point. As the first product using data to make editors smarter, we’re bound to make some wrong product choices along the way. It’s easier to see them clearly when users offer the detailed feedback you’ve given us. Thank you.

Our new $10 million round of funding was led by Dan Scholnick from Trinity Ventures, and takes Kite to $17 million in total funding. Dan is the perfect investor for us. He led the first VC rounds of Docker and New Relic, two developer-focused startups now each valued at more than a billion dollars. Dan has also been a founder himself, majored in computer science, and even worked as a software engineer out of college. He understands the problem we’re solving and understands the journey to get there.

The CEOs of Github, Dropbox, and Twitch also joined Trinity Ventures in this round of funding. We thank them for their vote of confidence as we use AI to help programmers around the world write their best code.

With these three advances, we have a huge opportunity to improve how code is written. We couldn’t be more excited.

And by the way: We’re hiring across many roles. If using machine learning to help developers write stronger code faster is exciting to you, check out our careers page. We’re looking for generalist engineers and folks with backgrounds in desktop software, program analysis, math, and machine learning.

Please check us out on Hacker News or Product Hunt. We’d also be delighted if you’d share this post on your company’s Slack chat, or on social media.

P.S. Here’s an update on Linux and language support. We’re sorry we don’t support Linux or other programming languages yet. It’s taken us longer to work on these than we originally hoped. Because we’re a small team of about 15 people, we decided (with real regret) that it didn’t make sense to expand our addressable market when our core product still needed work. With Line-of-Code Completions, local operation, and countless bug fixes behind us, we’ll be taking a look at the roadmap from here. Without making promises, we see the need, and really want Kite to work for all programmers. For now, please sign up to be notified when we release support for Linux and other languages.

P.P.S. Please do consider coming to work with us! With new funding in place, recruiting is the limiting factor on our ability to bring Kite to more developers!